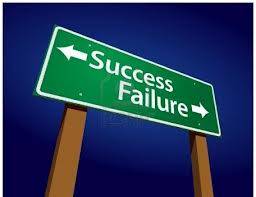 Famed business guru and renowned author Jim Collins has, in some ways, revolutionized our thinking about successful leadership qualities through his best-selling books, lectures and videos. In particular, I found the “Built to Last”, “Good to Great” and “Great by Choice” series of books to be very interesting. In carrying out his research, Collins has been able to popularize the concept called ‘Level 5 Leaders’.

While his work is thought of as more business focused, I believe that his theories can be applied to a much broader range of leadership settings.

I think what Collins discovered is that ‘Level 5 Leaders’ have made a huge difference in an organization’s ability to raise its performance from ‘Good to Great’. As most of us know from our own experiences, it’s a rare territory for an organization, a team or an individual to perform at this level. To think that one single leader can be the difference between an entire organization’s successes or failures is both fascinating and foreboding. But it is these qualities that inspire legions of followers to higher heights of achievement; yet seem so elusive in situations suffering from ‘Cheap Leadership’.

For months, we have been flooded with news about the Affordable Health Care missteps that were, I think, a great example of poor leadership qualities within the federal government. In the public sector, we witnessed a Wall Street firm in a long legal battle with the federal government over the risky mortgage practices that became synonymous with the financial crisis. The result of poor leadership: a $13 billion settlement, which is the largest sum a single company has ever paid to the government.

Where were the leaders in that firm and could they have made the kind of difference Jim Collins talks about? What leadership qualities were missing? Trust, transparency, and humility, just to name a few, are repeated by several management or leadership gurus like John C. Maxwell as the bedrock of leadership qualities.

Maxwell, in his noteworthy book “The 21 Irrefutable Laws of Leadership; Follow them and People Will Follow You,” included character, courage, discernment, self-discipline, and vision, among his 21 laws of leadership. These qualities stretch our thinking beyond the attributes of intelligence, domain experience, and technical depth—though none of those can be dismissed for strong leadership attributes either. What seems more worthy of discussion is what qualities do we find critical for strong leadership? Can those qualities be taught or learned over time? And, are we witnessing more and more a selection and reward system for leaders that has obscured these qualities in favor of other seemingly more appealing personal attributes?

Let me know: what are the best leadership qualities that you have witnessed in your current or former managers? Finally, why do you think that they are successful leaders?

One response to “Leadership Qualities for Today’s Challenges”

National Christian Play Festival
My Journey to Me - The Discovery

Discovering Who You Are - One Day at a Time

The High Price of Cheap Leadership

The Trickle Down Effect